As a scientist, I frequently happen to have digital worldwide research collaborations or be invited to global conferences and events. Recently, I traveled to San Francisco (CA, USA) because I had the opportunity to present my research work at the Annual Meeting of the Cognitive Neuroscience Society. It is my third time in the USA, for the same reason, and if you think it is a long trip from Germany, where I currently work. Therefore, I had enough time to think about what would have been an excellent topic to discuss and write about on the flight. By looking at the display located right in front of my face. The display indicated the local time of the departure city and the current time of the arrival city. San Francisco is 9 hours backward compared to Germany. Therefore, I started questioning how time zones work across the world, why this event happens, and what the effects are on human life and habits.

Furthermore, based on my regular experience having Zoom meetings with the USA, I was thinking, “do people in the USA age later than people in the EU?” and “When I text or call a USA colleague, am I doing it in the future?” “Are they living in the present or still in the past?”

These were curious questions about time that I needed to answer. And while doing so, the best way was to write an article about it. So, if you are a curious explorer like I am, hang on and read this.

What are time zones?

Why do we have different time zones?

A good way to understand time zones is to start with the question, “How long does it take the Earth to make one full rotation on its axis?

Our planet Earth has the shape of a sphere that spins on an imaginary pole (axis), and every 24 hours, it makes a complete rotation around it. Thus, a complete rotation equals a day. However, during this rotation, some parts of the Earth will be exposed to light while others to darkness. During this movement, day and night are defined. For example, as your location on Earth rotates into the sunlight, you see the sunrise, whereas, in a rotation out of sunlight, you would see the sunset. Therefore, time zones are needed to enter and exit daylight at different times. Otherwise, a specific time (e.g., noon) would be in the middle of the day in some locations, but it might also be early morning or night in others.

Living in time zones is certainly not a new topic, but compared to centuries ago, today, in a fully connected world, this fact becomes more complicated and needs organization. Indeed, when people started to travel across North America by train, train stations had to match 75 time zones! Thus, to solve this problem, in the late 1800s, scientists proposed the “standard time,” and by studying the movement of the Earth, they created a zone map of the world. While rotating around its axis, every 60 minutes, the Earth moves about 15 degrees. Thus, after 24 hours (one day), it completes a full rotation of 360 degrees. Based on this concept, the Earth was divided into 24 time zones, and each would be 15 degrees of longitude wide. Moreover, at the equator level, the distance between zones is the greatest, which gets shorter at the pole locations due to the planet's curvature. In addition, the equator is 24,902 miles long, and the distance between zones at the equator is 1,038 miles (approximately).

How does time work?

What is Greenwich? The imaginary lines dividing these zones begin at Greenwich (a suburb of London). The primary line is called the prime meridian, and this longitude dividing line is the angular distance between the prime meridian at Greenwich and any other meridian points. Hence, this reference time at Greenwich is called Greenwich Mean Time (GMT). For example, moving 15 degrees to the west from Greenwich would shift into one hour earlier, whereas moving to the east an hour later. However, some countries (e.g., China) did not accept the standard time, and instead, they preferred to set their own time. Other countries also adopted different systems that modify the time zones by smaller increments (e.g., 15 or 30 minutes). Therefore, today we experience more zones than the standard 24.

So how do time zones work across the world? For example, if you live in San Francisco (GMT - 7) and I live in Germany (GMT + 2), we have 9 hours difference. When you wake up at 7 am, I would be in the middle of my afternoon (4 pm).  However, in the continental United States, there are four time zones (Eastern, Central, Mountain, and Pacific), and each of these locations also has different time zones. Thus, if you live in New York (GMT - 4), we have a 6 hours difference.

GMT or UTC? What is the reference?

I previously described what GMT is and how time zones are defined based on it. However, the Coordinated Universal Time (UTC) is often used now. Thus, what is their difference?

GMT refers to mean solar time at the Royal Observatory, and it is a system initially developed in 1850 to track time according to the Earth’s rotation. UTC is not a time zone but an atomic time scale that approximates GMT developed in 1970. The UTC system is the International Atomic time (TAI), with leap seconds added at irregular intervals to compensate for the Earth’s slowing rotation. Nevertheless, it refers to the mean solar time at Greenwich.
This video explains the history of time zones worldwide and how GMT and UTC were used.

One hour backward and forward

Lastly, if time zones look complicated, there is something more that may exacerbate things even more. However, this is the daily light saving time (DST), which is considered just in some countries. DST is not a time zone, but it requires some countries and states to set the clock one hour forward or backward from the standard time. In short, DST would allow better use of daily light. Hence, setting the clock one hour earlier in autumn would shift that hour from the evening to the morning. Viceversa, placing one hour later in spring would guarantee one more hour of light in the evening. However, not being used to DST might affect the circadian rhythm by altering the body clock and therefore causing sleep disturbances. So, those countries that apply DST should adopt a healthy lifestyle that recommends attention to sleeping enough.

To know more about time zones and their science, read here.

You can find a list of time zones by country here.

Do time zones influence our health and aging process?

UTC, CEST, PST, EAST… Different countries, different times. Hence my question was, “traveling from country A to country B, where the difference is 9 hours, would affect my age?” Let’s suppose I turn 30 on day X in country A, but traveling to country B, is still day Y. Am I 30 also in country B?

Legally it might make a difference. Thus, I can be of full age in one country but fly to another not being full age yet. So, does time travel make one younger? Actually yes! A fun fact about the topic is that you get older slower than people who do not fly. This process is explained by natural science based on spectral relativity. In this article, the twin paradox is presented to further clarify this event from physics, time dilation, and the principles of relativity.

Recent research published in the Journal of Health Economics [1] found that living on the wrong side of a time zone can negatively influence health and a person’s wallet. The problem might be related to the prolonged natural light in the evening hours. Indeed, the sunset is a powerful biological trigger because it allows the body to release melatonin (i.e., a hormone that initiates drowsiness). Therefore, those who live on the eastern side of the time zone, where the sun sets earlier than on the western side, tend to go to sleep earlier. Changes in bedtimes would affect a person’s physical and economic well-being. The study suggests that those who live in locations with a later sunset went to sleep, on average, 19 minutes later than people with earlier sunsets. However, going to bed later does not change the time you wake up (e.g., going to work or school) [2], which translates to 115 hours of sleep deprivation a year. “Individuals on the late sunset side of a time zone boundary are more likely to be sleep-deprived, more likely to sleep less than 6 hours, and less likely to sleep at least 8 hours,” commented the authors. “The effects are larger among individuals with early working schedules and individuals with children of school age.” [2]

Furthermore, individuals who live on the late side of the sunset across the USA time zones were more likely to be overweight and obese. In addition, diabetes was also more prevalent. Likewise higher risk for heart attack and breast cancer was shown. Sleep deprivation would also affect productivity and, thus, the general economy [2]. The bright side of late sunset? People may enjoy more daily light where an extra hour of sunlight for recreation may compensate for the lack of sleep. Hence, “As long work hours, work schedules, school start times, and the timing of TV shows can create conflicts between our biological rhythms and social timing, our findings suggest that reshaping social schedules in ways that promote sleeping may have non-trivial effects on health and economic performance,” said Giuntella and Mazzonna, authors of this research study. [2]

The planet Earth with its rotation is an incredible phenomenon, and thanks to scientists, we understand how to track the time across countries and be fully connected. In addition, knowing how time zones might affect health might enhance awareness of establishing new habits and lifestyles.

On which side of the world are you? And which is your time zone?

“There’s a sunrise and a sunset every single day, and they’re absolutely free. Don’t miss so many of them” (Jo Walton) 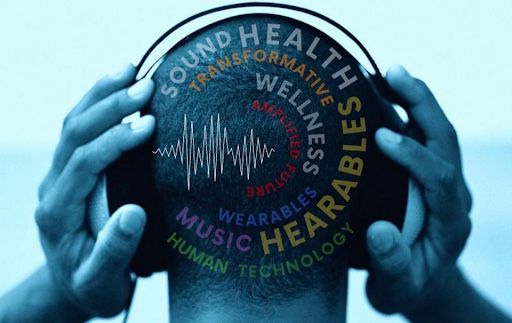 You are entering a world in which millions of people will benefit from precision and personalized medicine; new populations will have affordable access to quality health resources, and health science research will move from the lab to the wild—using real-time biometric tracking on the individual.

Purpose: A Major Shift in Perspective