“She didn’t have time for Alzheimer’s today.”

Provocative. Insidious. Impatient. Neglectful. Unpredictable. Few adjectives that describe and give meaning to this quote from Lisa Genova’s bestselling novel and movie “Still Alice”; a neuroscientist inspired by her grandmother’s development of Alzheimer’s disease (AD), giving her the idea for Alice.

The natural course of our life is determined by aging; a process characterized by progressive molecular and cellular damage leading to cognitive and functional decline (1), however, distinguish between normal and pathological aging is tremendously important when considering an individual’s life quality. Although how aging is determined can be influenced by different factors (e.g., physical and social environment, sex, ethnicity, and socioeconomic status) (1), it represents the highest risk factor for developing several diseases, such as AD.

Alzheimer’s disease is an irreversible, neurodegenerative condition representing 60-80% of dementia cases and one of the main causes of death in the elderly. Being a progressive disease, symptoms worsen over time generating multiple cognitive and functional impairments. Attention, memory, executive functioning, and speech are the main domains that are primarily affected, although other cognitive and motor abilities would result also be impaired across disease stages (2).

Because the rate of disease cases is estimated to increase over years, Alzheimer’s disease became a considerable social burden for caregivers and overall, the entire healthcare system. Nevertheless, still under investigation is the specific pathological process and etiology damaging the brain (2) (3). Studies suggested that neurodegeneration would be identified in the deposition of multiple subcortical nuclei (4), although genetic and environmental factors were also considered (5) (6). Moreover, the lack of effective treatments (7) (8) stimulated the investigation of AD predictors (9) (10) and in which the early detection would be optimal when considering prevention and suitable healthcare measures. The detection of alterations and specific biomarkers observed before AD onset (11) (12) might help in diminishing and delaying the worsening of symptoms, consequently improving daily living, as well as, reducing its incidence rate (13).

Besides the detection of amyloid-plaques accumulations, neurofibrillary tangles, structural changes, and dysfunctional neural oscillations (14) (15) (16) (17) (18), the need for new advanced and more precise technologies able to recognize early signs of AD is increasing.

Jiayu Zhou, associate professor in MSU’s College of Engineering in collaboration with Oregon Health & Science University and Weil Cornell Medicine, aimed to develop a user-friendly smartphone app powered by AI, to detect early onset changes in speech and behavior. This app, designed to recognize hallmark signs of AD would represent an affordable, non-invasive and faster system when compared to MRI scans or in vivo testing procedures.

More research was also conducted to reduce the time the AI system takes to conduct an assessment, followed by the examination of other parameters such as acoustic signals, facial expressions, or behavioral indexes (e.g., sleep) to improve the clinical evaluation. Based on these data, a user score of AD risk would then be generated to further establish adequate treatments and interventions.

An important highlight from Zhou is the fact that physicians will always be in charge of making the diagnosis and AI would represent an indispensable, supportive tool to enhance medical performances. Moreover, IBM Research and Pfizer developed a novel AI model to predict with high accuracy early-onset AD. The model processes natural language to analyze speech samples from a short cognitive test in the hope to develop an innovative technique to assess AD risk before it spreads.

In the study, the AI algorithm was trained with data from healthy individuals participating in the Framingham Heart Study in which the possibility to train the model with a larger and complex dataset would allow the development of more precise and accurate methods to predict AD within the population, and in which no family history or specific sign of cognitive decline nor other recognizable symptoms are yet observable.

The discovery of effective and advanced treatment is a very exciting idea, although several resources and clinical trials are necessary to obtain approval from the Food and Drug Administration (FDA), making unimaginable the possibility to test each upcoming experimental drug designed for AD. To save resources and to optimize time, a framework called Drug Repurposing in Alzheimer’s Disease (DRIAD) was proposed in which a machine learning system was trained to simulate brain mechanisms when a drug was administered and determining the effects of this drug by correlating molecular markers related to disease severity. In this way, it was possible to investigate whether the drug had protective or damaging effects on the brain.

DRIAD can also detect specific proteins identified by the administered drugs and observe whether similarities between targets may arise. DRIAD has been already applied on 80 FDA-approved and tested drugs in the clinical setting. Analysis results showed that few anti-inflammatory drugs known as kinase inhibitors, usually implemented for treating rheumatoid arthritis and blood cancers, were promising treatments; potential medications for AD to be further examined.

Similarly, the clinical trial of DSP-0038, is a psychosis drug-based AI developed by the collaboration between Exscientia and Sumitomo Dainippon Pharma to ameliorate behavioral and psychological symptoms in AD; another promising experimental result for treating AD psychotic symptoms and hopefully soon approved.

Digital biomarkers are an opportunity to enhance insights into actions

With the great availability of disruptive technologies, the medical industry underwent enormous changes. The healthcare system saw the entrance of advanced technologies to produce, acquire and monitor data leading to a better understanding and investigation of several disease processes while promoting health and prevention. In this view, the emergence of digital biomarkers represents an opportunity to enhance insight and action from acquired medical data; becoming the latest solution offered for detecting early-onset AD.

Based on the AI system, analyzing the roughness of the retina layers it was found to be a very promising biomarker to detect early-onset AD and its stages; a medical test can be conducted directly at the ophthalmologist’s office in just a few minutes. Moreover, the large availability of wearables and smart devices were also recently implemented to monitor the progression of cognitive decline; hence, a digital biomarker of cognitive performances was proposed to identify early disease onset.

Biogen and Apple conducted a virtual study on younger and older volunteers to monitor cognitive functioning using the well-known Apple Watch and iPhone. Constantly collecting health data while testing long-term cognitive abilities, the research aimed to empower doctors and individuals toward preventive actions; indeed, the early detection of those signs specific to dementia would allow the adoption of proper interventions to possibly reduce symptoms severity.

A medical diagnosis for AD and its early stages are very costly and time-consuming both for the patients and the healthcare system; thus, by tracking digital markers over time it would be possible to involve a large number of individuals across the globe, lowering the incidence rate for AD and the impact that this disease has on healthcare and patient care.

Moreover, Deutsche Telekom and the University College London collaborated to create Sea Hero Quest; a game in which over 4.3 million people joined to support dementia research. This study represented the largest on investigating spatial navigation abilities to help scientists in diagnosing early dementia and ideally leading to the identification of a suitable intervention; indeed, impaired navigation skills are a recognizable sign of early disease onset. Based on the study, participants to the study were able to play for more than 117 years, giving an enormous amount of data that traditional research would have taken 176 centuries instead to acquire.

Spotting early signs of dementia based on impaired, dysfunctional speech patterns would also be detected by using virtual voice assistants, and easily available in our homes such as Amazon’s Alexa. This idea came from a research study in Dartmouth-Hitchcock and University of Massachusetts Boston in which an algorithm was developed to recognize specific speech patterns predictors of AD or other dementia types. This study supported the possibility to collect long-term speech patterns directly at home while generating a novel method to analyze speech as a marker for disease detection.

Lastly, the possibility to enable AD research and patient care based on digital markers was proposed by Neotiv, a German startup that is aimed to develop innovative cognitive tests incorporated into a digital platform to medically assess and monitor memory decline in AD. Customizable health questionnaires and adaptations of neuropsychological tests are also included to enhance testing, diagnosis, and monitoring. Validated on robust scientific research, the Neotiv digital platform is already adopted worldwide to improve patient-centric care and AD research toward new perspectives and insights.

Leaders of an innovative process that knows no limits

A quote from Dr. John Trojanowski says: “The epidemic is upon us. It’s a very difficult thing to say to a patient that there’s nothing we have for you, but that is the honest response. There are no disease-modifying therapies for Alzheimer’s." In conclusion, I can say we have enough scientific data to support the contrary.

Nowadays, the abundance of disruptive and advanced technologies, combined with highly educated and expert professionals represents the new hope and probably a solution for Alzheimer’s and other dementia cases treatment. Technologies are the generator of this healthcare exponential transformation; leaders of an innovative process that knows no limits. 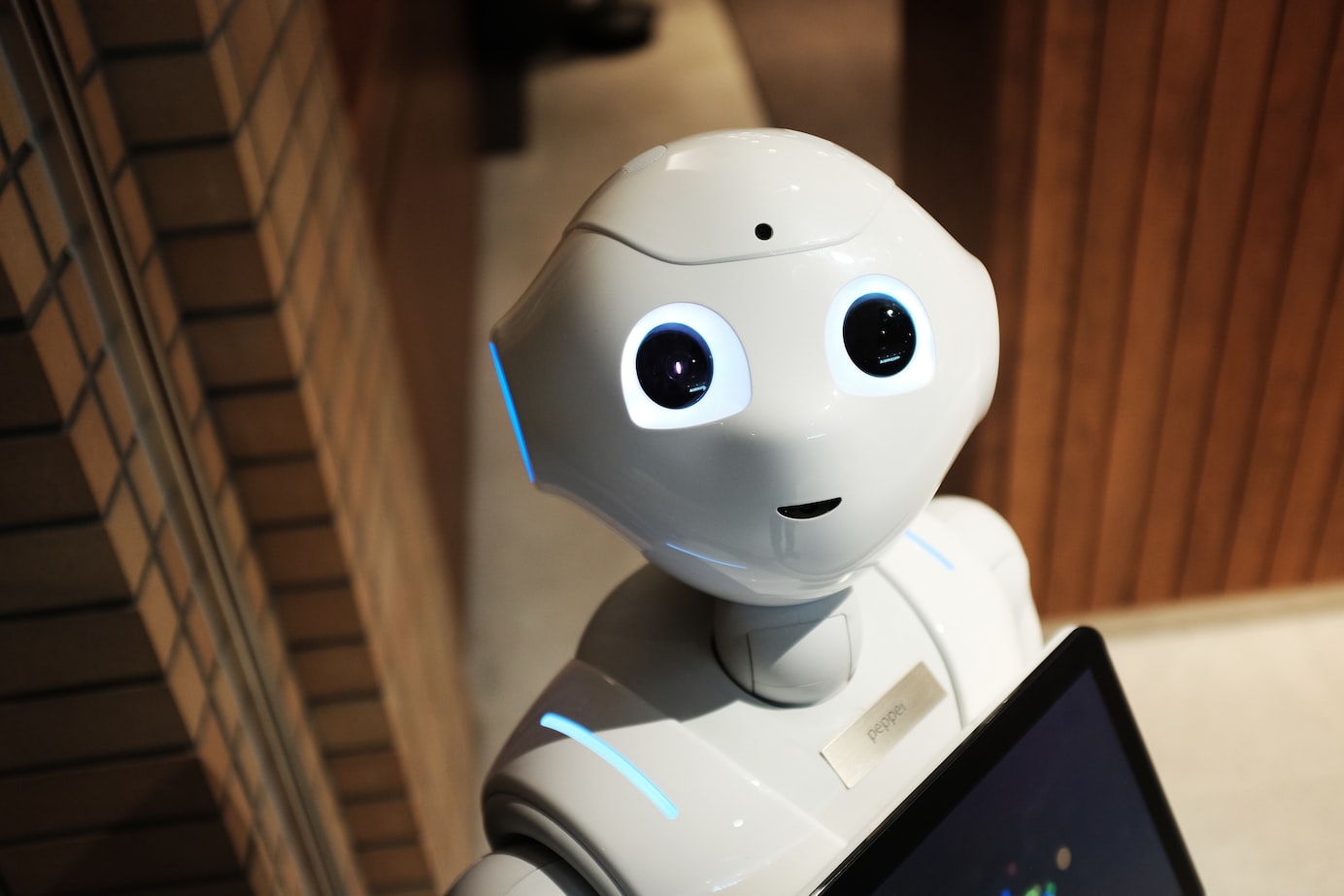 Health & Wellness, an Opportunity of US$6.75 Trillion Paid Members Public

Universal health coverage will be achieved if properly implemented, meeting the demand for primary care for all. Causal analyses of 153 countries reveal increased health coverage improves access to needed care and the population's health, with the poorest benefiting the most.