“It shall be a question which no single cybernetics machine has been able to answer.”He turned to face the machine. “Is there a God?”The mighty voice answered without hesitation, without the clicking of a single relay.“Yes now there is a God - Frederic Brown, Answer,195

In order to explain the concept of singularity, it is necessary to digress from the literature on the subject, discussing the concept from both a purely scientific and a humanistic/philosophical point of view. In recent years we have witnessed an evolution towards the new frontiers of science: nanotechnology, biotechnology, and genetics, which form the basis of the theory of Technological Singularity (Divenire 2020).

Definition But let's take a step back. What, specifically, is the singularity? Over the years, different definitions of singularity have followed one another: first of all, the term "singularity" comes from science, where it indicates a point where the space-time curvature becomes infinite. In a nutshell, a point at which all the laws of physics we know no longer have any scientific basis. The term technological singularity, which originated in the mid-1900s, indicates a moment in the history of the development of civilization, in this case, human civilization, when technology will advance so much in a very short time that man will not be able to understand how it works. An event of this magnitude could be the arrival of artificial intelligence so advanced that it would advance all the technology on our planet, making man an outdated species (Impactschool, ninjamarketing 2020).

Another definition of the technological singularity was given by Vernor Vinge, an American mathematician and novelist, who started talking about the subject in the 1980s, collecting his thoughts in the first essay on the subject of Technological singularity, defining the singularity as "a point at which our old models will have to be discarded and a new reality will rule" (Vinge, V. 1993). Technological Singularity, in short, means the moment when the manifestation of technologies capable of generating cascading progress (such as the cited examples of artificial intelligence and/or neural interfaces) produces a kind of domino effect, accelerating the curve of technological progress (Divenire 2020).

In future studies, the technological singularity is defined as "a point, conjectured in the development of a civilization, at which technological progress accelerates beyond the capacity of human beings to understand and predict". This concept can thus refer both to the advent of an intelligence superior to the human one and to the technological developments that would follow from such a change (Natale, F.; Alleanza Italiana Sviluppo sostenibile 2021). Technological Singularity ultimately indicates the moment when the manifestation of technologies capable of generating cascading progress (such as the cited examples of artificial intelligence and/or neural interfaces) produces a kind of domino effect, accelerating the technological progress curve (Divenire 2020).

Let us now analyze the thinking of the various writers and philosophers who have dealt with singularity in recent decades. In chronological order, the first contribution to literature was made by Irving John Good, who argued: "The first ultra-intelligent machine will be the last invention that man will need to make".

Irving John Good, a British mathematician, and cryptographer in 1965 wondered about the consequences of the advent of superhuman intelligence, what was then called, years later, the singularity. In fact, Good theorized that once invented, the such machines would be able to design ever better devices, causing a veritable 'intelligence explosion' and leaving man far behind (Good I. J. 1965). An interesting contribution to literature, this time of a science-fiction kind, is attributable to a famous science fiction writer, Vernon Vinge. The importance of his contribution is also explained by the author De Leon Petta Gomes da Costa in his paper "Reviewing the Concept of Technological Singularities: How Can It Explain Human Evolution?", he explains that the concept of singularity was already present in the writings of von Neumann and Good, but the more precise term "technological singularity" is attributable to Vernor Vinge itself (De Leon P., Da Costa G. 2019).

In 1983, in an article in Omni magazine, Vinge announced the singularity event as a near, indeed imminent event: "Soon we will create an intelligence greater than our own. When this happens, human history will have reached a kind of singularity, an intellectual transition as impenetrable as space-time knotted at the center of a black hole, and the world will be far beyond our comprehension” (De Leon P., Da Costa G. 2019).

According to Vernor Vinge that has dealt with the theme of 'overcoming man' in practically all manners: in works of fiction and essays (The Coming Technological Singularity: How to Survive in the Post-Human Era) technological singularity refers to an enormous explosion in artificial intelligence (AI) that would occur at some point in future decades (De Leon P., Da Costa G. 2019).

Not only V.Vinge but also John De Matteo used scientific comparison to describe singularity’s concept. According to De Matteo in fact “the Singularity resembles the event horizon of a black hole, in the sense that it is impossible for us to survive. In the sense that we cannot see beyond it. It, therefore, acts as a limit to the human ability to predict scientific and technological progress. But if we cannot predict what will come later, can we at least understand when this nodal event will take place?” (De Matteo G. 2008).

Another contribution was made by Sandberg, who found nine meanings of the term technological singularity that can be summarised in three main aspects-accelerating change, prediction horizon, and the intelligence explosion. Instead for Armstrong, a singularity is a breakdown of our ability to predict beyond that point because our standard tools would become inadequate for understanding and shaping what comes after (Sandberg, A. 2013).

But the nucleus of studies on the subject was formed from the 1990s onwards by the likes of Ray Kurzweil in which the phenomenon is defined as "that future point at which technological advances will begin to occur so rapidly that ordinary human beings will not be able to keep up, and will be cut out of the cycle". For Kurzweil, in short, the singularity begins when self-improving artificial intelligence, i.e. computers equipped with the appropriate tools to autonomously increase their performance, come into existence.

This process, according to Ray Kurzweil, is closer than we think; he estimates it will happen by 2047 (Kurzweil, R. 2005). This prediction is based on what Kurzweil calls the law of accelerating returns, i.e. a scheme inspired by Moore's Law which postulates how the computational capacity of computers.

The estimation of 2047 was given by Kurzweil in 2004, instead recently was changed by P. Diamandis in his work “Abundance- the future is faster than you think”, puts the date of singularity in 2030 /2035 (Diamandis, P; Kotler, S. 2012), meanwhile Ray Kurzweil in recent declarations seems have changed his first estimation, to even declare that the singularity will be 2025/2030 (Kurzweil R. 2017). But so what is the Singularity for Kurzweil? It is a future period during which the pace of technological change will be so rapid, its impact so profound, that human life will be irreversibly transformed. Although neither utopian nor dystopian, this era will transform the concepts we rely on to give meaning to our lives, from our business models to the human life cycle, including death itself. Understanding Singularity will change our perspective on the meaning of our past and the ramifications for the future.

The key idea behind the impending Singularity is that the pace of change in our man-made technology is accelerating and its powers are expanding at an exponential rate. Kurzweil argues that exponential growth is deceptive and studying it in-depth, he observed that it begins almost imperceptibly and then explodes with unexpected fury - unexpected, that is if one is not careful to follow its trajectory.

We are now in the early stages of this transition, the acceleration of the paradigm shift (the speed at which we change fundamental technical approaches), as well as the exponential growth in the capacity of information technologies are both beginning to reach the 'knee of the curve', which is the stage at which an exponential trend becomes evident. Shortly after this phase, the trend rapidly becomes explosive, before the middle of this century, the growth rates of our Technology will be so steep that it will appear essentially vertical. The singularity will represent the culmination of the fusion of our biological thinking and our technology, creating a world that is still human but transcends our biological roots.  According to Ray Kurzweil, this singularity will also have an impact on production and on the way of understanding business, and this is what I will study in the remainder of this paper (Poccianti, P.; Agenda Digitale 2020).

In his book The Singularity is Near: When Humans Transcend Biology, Kurzweil tried to suggest the principles that should govern these business models:

Vinge, V. . 1993. The Coming Technological Singularity: How to Survive in the Post-Human Era: NASA. Lewis Research Center, Vision 21: Interdisciplinary Science and Engineering in the Era of Cyberspace.

I'm a Ph.D. student in Economics, Management, Innovation, and Sustainability. The focus of my course is Exponential Organizations. My MTP is to spread knowledge in order to improve life of people 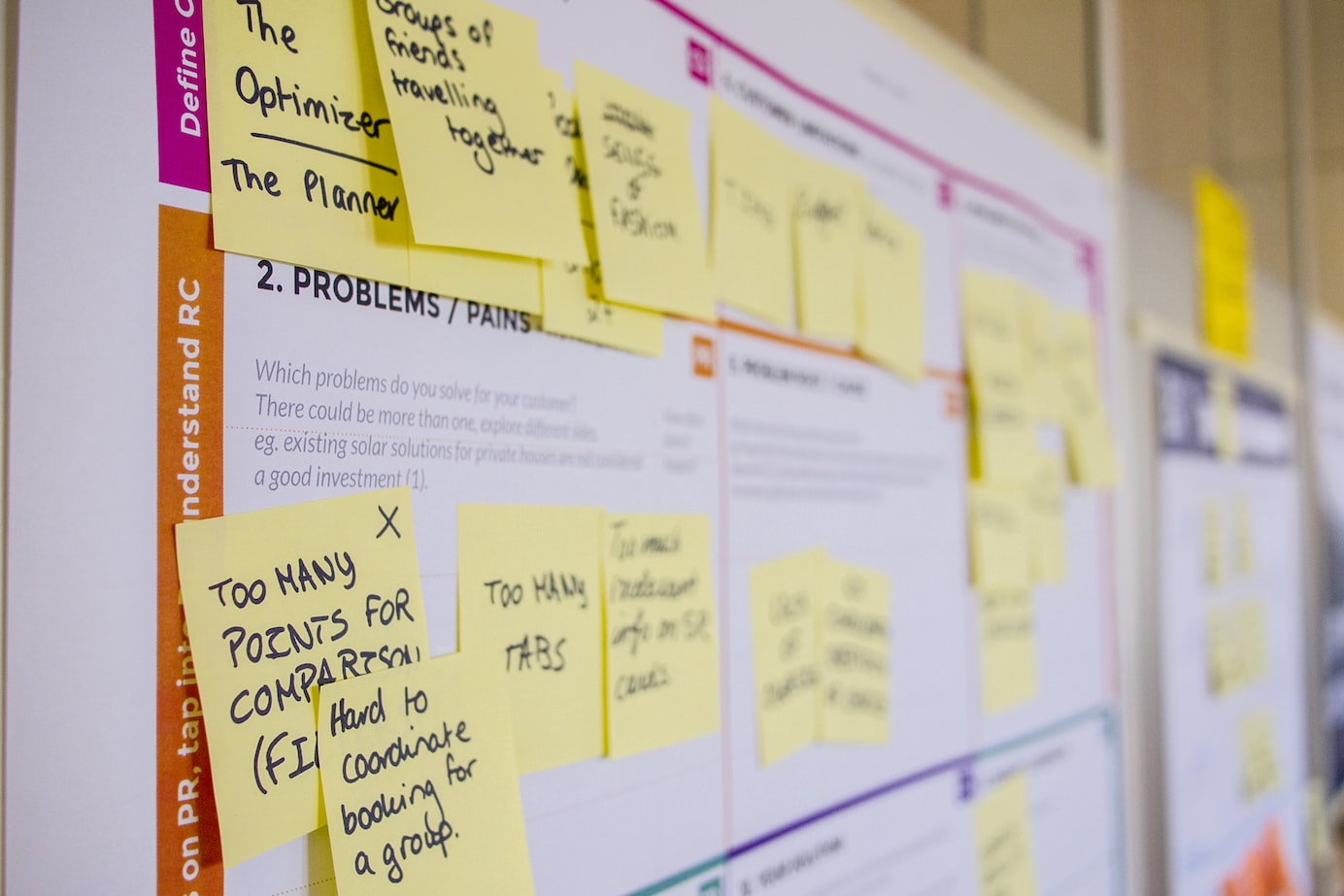