“Obviously everyone wants to be successful, but I want to be looked back on as being very innovative, very trusted and ethical and ultimately making a big difference in the world.” (Sergey Brin)

Finally, here we are with the last article of our series Supernatural: No More Sci-Fi, Human Enhancement Is Now Real. In this article, we will complete the discussion on gene editing with a glimpse toward future directions.

Previously, the history of the CRISPR gene editing method and its applications was discussed, as well as, brief anticipation on what we are going through today, concluding this enhanced series on the supernatural.

From treating debilitating diseases to the translation of gene editing into new unstoppable drugs to the possibility of generating superplants, allergy-free foods, genetically transformed pet breeding, bringing back to life de-existed ancient animals, gene-edited superhero babies to unlimited youth and extreme brain capabilities. All your answers for becoming an enhanced, unstoppable supernatural human will be satisfied, and you will have the key to unlock this incredible potential given by progress in science and technologies.

Despite the popularity of CRISPR technology offering an innovative method that is faster, cheaper, and easier than those already adopted in research and clinical settings, most of its applications are still based on cells and animal models, raising concerns when thinking of human applications due to ethical constraints. However, the advance brought by this innovative approach in treating a variety of complex diseases is undeniable. Indeed, CRISPR found its feasible implementation in possibly curing cancer, mental illness, heart disease, human immunodeficiency virus (HIV) infection, or even more, muscular dystrophy, malaria, and Huntington’s disease.

Treating HIV still represents a challenge in medicine due to the characteristic of this viral infection that even in response to aggressive antiretroviral therapy (ART), the virus tends to hide in gut tissues even though the apparent state of health of the patient (1). In this regard, recent research published in Nature Communications journal demonstrated that CRISPR could be used to switch off viruses in non-human primate models due to the capability of the gene-editing method in removing and dividing fragments of the proviral DNA from the genome of infected blood cells and tissues. Thus, if these results would be replicated in humans, it might transform HIV/AIDS from “chronic” to a curable disease by means of ART (2). Moreover, gene editing was also introduced to innovate research on cancer therapy. Approaches based on CRISPR/Cas9 system in creating genetically modified T cells that express chimeric antigen T (CART-T) cells became recently an immunotherapy US FDA approved and a large number of clinical trials are emerging rapidly developing CAR-T cells applications while enhancing its functionality with CRISPR/Cas9 (3). Besides, also T cell receptor T (TCR-T) cells resulted in a promising way of targeting different antigens and treating cancers (4).

Revolutionary discoveries based on the CRISPR/Cas9 system approach could not be understood without considering the role played by pharmaceutical industries. Indeed, Bayer AG and the start-up CRISPR Therapeutics are working on developing last-generation drugs based on CRISPR (5) to treat several conditions such as heart disease, blood disorders, and blindness, although forecasts on producing treatments for HIV and cancer, easily through pills or injections, are already on their way. Lastly, bioengineers have readapted a “non-working” CRISPR system in order to generate a smaller version of this advanced genome editing method while making it simpler for being delivered into human cells, tissues, and bodies to pursue gene therapy.

Gene-editing was also suggested to generate new plant breeding methods that in the context of climate change are able to cope with extreme weather and diseases while maintaining nature, which is in line with sustainable agriculture protecting the environment and resources. Thus, to create specific properties, genetic material can be modified and rewritten based on gene scissors, differently from traditional approaches such as crossbreeding; “the biggest biotech discovery of the century.” Moreover, allergies-free foods are now possible with CRISPR making milk, eggs, or peanuts safe to eat. Modified DNA of wheat by using CRISPR/Cas9 was also proposed in eliminating gluten making it eatable for celiacs, although due restriction of European regulations on genetically altering food with CRISPR does not yet allow the implementation of these procedures. Furthermore, naturally, decaffeinated coffee using gene-editing tools was proposed by a UK company; a novel variety of coffee that is tasty, nutrient, and low cost is now becoming the new trend.

Pet breeding, faster horses, and de-extinct animals back to life

Different from traditional breeding programs, genome editing brought enormous success in strengthening resistance toward genetic diseases that usually affect pure dogs, such as Dalmatians, or also in cats while producing specific, desirable traits (6). Faster, stronger and better jumpers are the new, gene-modified horses for the races of the future. Indeed, the company Kheiron-Biotech implemented CRISPR to modify a gene to encode a specific protein needed for muscle growth, producing healthy embryos of horses. Moreover, using CRISPR to fight against the spread of malaria due to specific mosquitoes was suggested by researchers at Imperial College London; thus, this technology might be implemented to guarantee gene modification inherited by the offspring and spread over generations. In conclusion, (the moment you were so much expecting) gene-editing method was also proposed to bring back to life de-extinct animals. Passenger pigeons are the first on this list, expected to be revived in 2022 and probably soon followed by woolly mammoths!

We talked about treating so far incurable diseases with innovative drugs, genetically modified plants, and pet breeds, but what about editing human embryos? Probably one of the most discussed and debated arguments in ethics.

Whether it is true that encountering a diagnosis of specific syndromes would bring to arrest the pregnancy state, researchers aimed to genetically modify embryos are mostly interested in exploring the early stages of life and disease development. Thus, genome editing was proposed to repair heritable mutations although more research would be needed to guarantee the safety of this procedure in clinical applications (7).

Besides the “scandal” of implementing gene editing to modify babies (8), it was found that the secret of longevity and eternal youth should be investigated in genes (9). Indeed, CRISPR/Cas9 has the potential to combat the effect of aging by regulating specific genes to protect telomeres and neutralize free radicals. Moreover, in a recent study from Wang et al. (10) aimed to explore the effect of CRISPR to identify those genes responsible for determining cellular aging, they detected KAT7 as playing a role in affecting senescence biology in human adult stem cells. KAT7 was found to delay the biological aging process and possibly be used to treat age-related disorders. In addition, the research demonstrated that CRISPR can inactivate specific genes related to aging like the KAT7 to regenerate human cells, although more studies and evidence should be collected to reinforce the strength of these promising results.
Having explored incredible opportunities related to CRISPR/Cas9 applications, would it be possible to implement genetic engineering to enhance human intelligence? The Cognitive Genomics Project aims indeed at investigating intelligence within the human genome. Despite the fact that intelligence does not follow single-gene genetics, and therefore looking for mutations in particular genes does not result so simple and linear, if data supporting a correlation between intelligence and specific genome components, then it would be possible to consider these genetic sequences and select embryos based on these traits.

More on CRISPR’s unusual applications can be found here and the video below:

Life must be lived forward

Finally, at the end of this article series on Supernatural: No More Sci-Fi, Human Enhancement Is Now Real we have seen that human enhancement is now possible thanks to the support of advanced technologies, surrounding our lives in this disruptive era of digital transformation brought by Industry 4.0 (11).

We started this supernatural article series describing the AARP research survey, which concluded that awareness and knowledge of technologies in enhancing human performance would be the key to their acceptance. We dived deep into several topics, from exploring the mystery of brain powers, empowered motion with exoskeletons, augmented human senses, and genome editing for incredible outcomes. Several studies have been reported and discussed to increase awareness towards applied technologies that enrich and embrace our lives.

Now that I empowered you with more information:” are you willing to accept and adopt these technologies to become an unstoppable supernatural hero?”
As Søren Kierkegaard said “Life can only be understood backwards; but it must be lived forwards” and indeed, the future is already here. 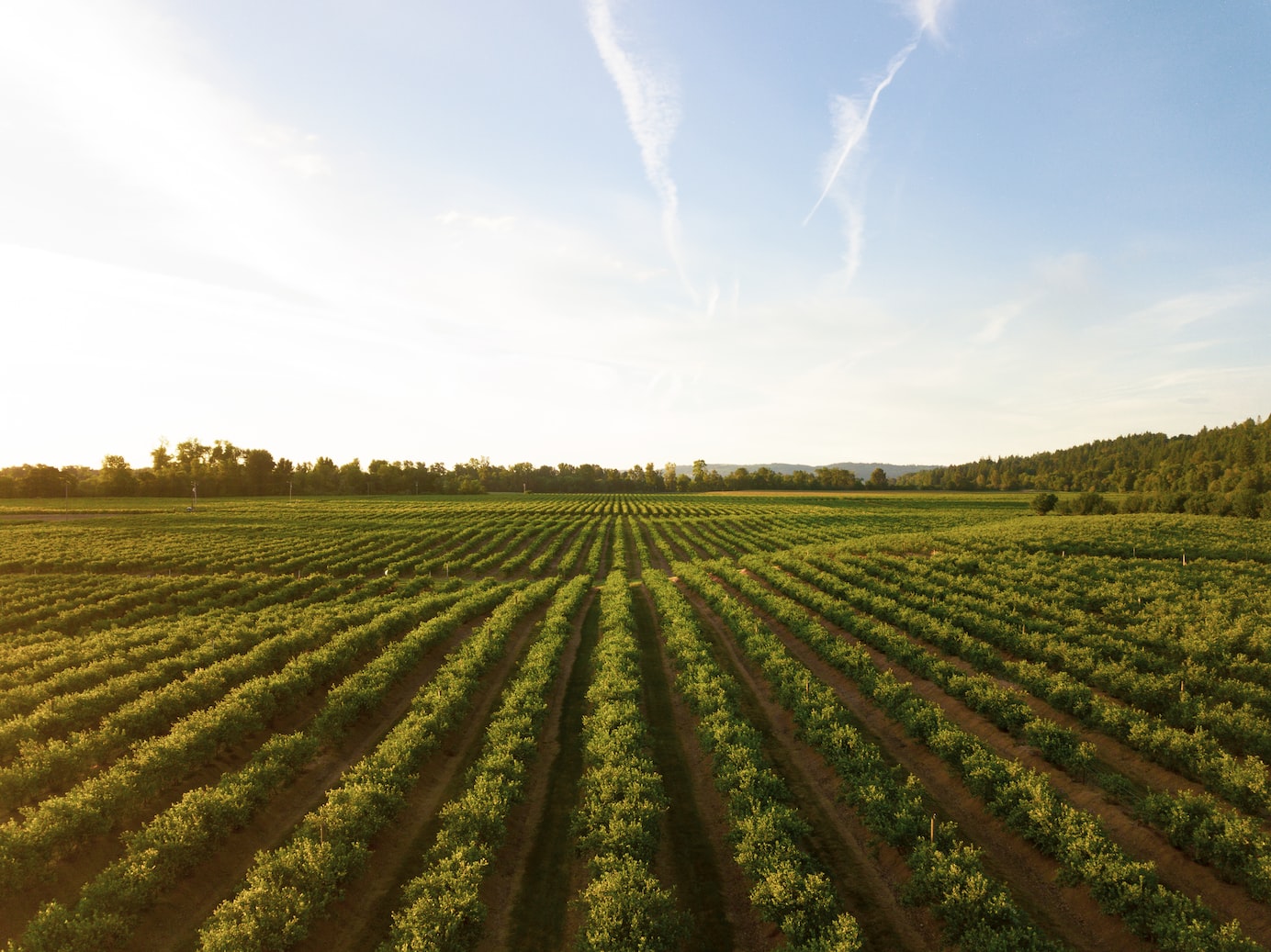 People experiencing moderate food insecurity often cannot eat a healthy, balanced diet due to income or other resource constraints. If these trends continue, an estimated 840 million people will be hungry by 2030.