“The human brain has 100 billion neurons, each neuron connected to 10 thousand other neurons. Sitting on your shoulders is the most complicated object in the known universe.”

By quoting Michio Kaku, definitely you are guessing the content of this article series on Supernatural: No More Sci-Fi, Human Enhancement Is Now Real.

Navigating into the brain among those gyri and sulci, nerves and blood vessels, cortical and subcortical regions, or even across different axes… It can be harder than a labyrinth! For this reason, I have already empowered you with a proper map and overview of what to expect. And if you missed it, come back and check it out. Travel safe and well equipped!

Years of experimentations into practice

In part one of this article on brain enhancement, the term neuroenhancement was referred to as increasing cognitive performances while implementing several techniques. From Labs to clinical settings, from theory to practice, after a year of experimentations, these methods are proposed to improve cognition in healthy individuals and in patients affected by neurological and psychiatric diseases, although more studies are needed to reinforce the reliability of results toward the approval of standard protocols (1).

Hacking the brain to enhance it: a disease treatment

If it’s true that brain enhancement would result mostly acceptable in the medical field, the investigation of methods to enhance its functions has been widely directed toward neurorehabilitative purposes. In fact, several studies explored alternative approaches to usual medicaments in restoring impaired functioning observed in several diseases, although its application in accelerating learning in military and civilian has also been also tested.

The possibility to monitor and regulate neural activity in real-time was provided by brain-computer interface (BCI) applications; a system that controls changes in brain activity patterns and translates these activities into real-time feedback or command (2). Representing BCIs, a connection between cortical brain activity and external devices, it was implemented to support different neurological disorders in which voluntary movements and communications were mostly affected, such as in “locked-in” patients (3) (4). Hence, BCI was implemented to control wheelchairs (5), home devices, robots, and much more (6). Rehabilitation of motor functioning after stroke or spinal cord injury was indeed investigated with BCI, as well as, to support communication and to treat cognitive impairment in dementia (7) (8) and in ameliorating emotional and socially dysfunctional behavior observed in autism spectrum disorder (9) or inattentive symptoms in ADHD (10).

A recently published study (11) developed a novel approach for innovative BCI systems called “neurograins”; a network of microscale neural sensors to record and stimulate wirelessly brain activities. Nevertheless, while the majority of BCI applications tend to be non-invasive (e.g., mostly in research experiments), also a novel automated surgical solution was suggested to facilitate the implants of BCIs in patients.

The lack of effective treatments in treating neurodegenerative diseases, such as Alzheimer’s (AD) aimed the investigation of innovative interventions. Thus, in the context of aging and dementia, NF was suggested as a non-invasive approach to delay or ameliorate the effect of cognitive decline by actively control and modify brain activities in real-time (12). Hence, to increase scientific validity toward best research practice, a systematic review (13) investigated the effectiveness of this method across several studies. Particularly, it was found that after undergoing NF training memory tasks improved significantly, besides other subscales of standardized cognitive tests, although a defined evaluation of clinical effects remains unclear due to several factors affecting experimental design and research quality. A set of recommendations were indeed suggested to increase transparency, quality, and reproducibility while encouraging the application of such techniques outside laboratories with portable and user-friendly systems.

Moreover, brain stimulations techniques like tDCS were proposed to increase performances, finding it to improve multiple cognitive tasks by stimulating underlying synaptic long-term potentiation and depression processes (14) (15). In this regard, a recent study (16) explored the effect of 6-month tDCS intervention on cognitive performances and cerebral glucose metabolism in early AD, while suggesting a novel intervention for at-home treatment. Results did show that when compared to sham stimulation condition, those patients who underwent the neurostimulation treatment improved global cognition and language. Moreover, besides stabilized regional cerebral metabolic rate for glucose, a delay in executive function decline, typical of AD, was also observed.

Sleep was found to be improved in aging after undergoing neurostimulation, although further investigation is needed to generate robust results and evidence of proven effectiveness (17). Additionally, a novel protocol implemented for home-based tDCS applications was suggested in healthy volunteers and fibromyalgia patients (18); suitable for long-term use, safe, and user-friendly with no real-time in-person supervision required. Tested on 60 home-based sessions, this protocol and device feature demonstrated high feasibility, reliability, and reproducibility of the released stimulation, allowing its adoption in clinical trials for larger samples.

In a meta-analysis (19), the effect of non-invasive neurostimulation techniques was evaluated in ameliorating cognition in several brain disorders such as schizophrenia, depression, dementia, Parkinson's disease, stroke, traumatic brain injury, and multiple sclerosis. It was found that a small but significant effect on working memory (WM) was observed when applying TMS and tDCS, particularly on vigilance/attention. Results were also consistent across brain disorders, although other cognitive domains did not benefit from this intervention type. Thus, influencing certain neural circuits, only those regions in which neurostimulation was released did demonstrate enhanced functioning.

Moreover, WM raised interest because its functioning is involved in several processes such as memory, executive functions, and language (20), supporting learning, reasoning, comprehension, and overall different aspect of our daily life (21). Indeed, the application of tDCS combined with strategy instructions resulted to be beneficial for low capacity individuals, while supporting cognitive training to enhance WM (22). Recently, research published in Neuropsychologia demonstrated that WM training coupled with non-invasive brain stimulation can facilitate cognitive performance; influencing neuroplasticity processes. In the study of Mike Trumbo, a cognitive scientist at DOE/Sandia National Laboratories (23), more than 70 volunteers underwent different combinations of WM training with tDCS, in which memory performance and problem-solving abilities were assessed. Results demonstrated the capability of this method in improving cognitive functioning under certain conditions; a valuable approach for training individuals more effectively (24).

Although it’s true that some people would benefit more than others while undergoing brain stimulation, scientists at the Imperial have discovered that the key of this process lies in the white matter structure in which fibers connect different regions of the brain; thus, individuals with stronger brain connectivity would mostly benefit from receiving brain stimulation and consequently showing better performances. This outcome is particularly interesting when considering individual differences in planning personalized treatments and cognitive training programs.

And if you were looking outside academia, supported by validated studies PlatoWork by Platoscience is a brain stimulator device to enhance focus, learning, and concentration shown to improve cognition by strengthening neural activities directly at home. And even more, boosting athletic performances was promoted a few years ago by Halo Neuroscience; the brain stimulator headphones to boost skills (e.g., playing an instrument), strength, and endurance. However, despite the great success of this technology, it has been recently acquired by Flow Neuroscience moving the resources toward the research on mental health. Being Europe’s first medically-approved brain stimulation device to treat depression at home, Flow Neuroscience was able to incorporate the tDCS technology into a headset, directed to stimulate the prefrontal cortex while rebalancing the activity related to decision-making, personality, and emotion. The device is also paired with a visual therapy-based App guiding toward building better habits (e.g., eat and sleep better, meditation, and physical exercise); a definitely less invasive treatment when compared to usual pharmacological interventions.

In the context of BCI technology, NextMind was developed to decode the process of focusing. While translating brain signals into digital commands, it allows the control of visual interfaces in real-time. Through the process of adaptation between the user and the system, it aims to limit the interval between thoughts and actions. A perfect way to directly empower your brain toward actions!

Open-source solutions were also proposed; indeed, OpenBCI represents high-quality biosensing hardware for BCI applications. It can be used to sample electrical brain activity (EEG), muscle activity (EMG), heart rate (ECG), and body movements. Also, 3D-printable EEG headsets are available to satisfy any need and interest of researchers, manufacturers, and high-tech hobbyists in the field of biosensing and NF, all over the world. (An affordable and excellent device that I personally had the opportunity to implement during my Ph.D. experiments!)

And lastly, if you were more the type of person who likes meditating and relaxing, in the context of NF methods, Muse is the head-band multi-sensor device that helps in reinforcing daily meditation practice based on real-time feedback of brain activities, heart rate, breathing, and body movements (highly recommend it!).

Nevertheless, the development of neurostimulation devices has just begun and brain-hacking researchers and D.I.Y.ers are experimenting already with other methods to boost brain functioning and behavior.

The brain is the most fascinating object in the universe

Being at the end of this article series on Supernatural and brain enhancement, I would like to leave the reading with two fascinating quotes making you reflect on the most precious, full of capabilities and free-of-cost treasure ever: your BRAIN!

“The mind is just like a muscle - the more you exercise it, the stronger it gets and the more it can expand.” (Idowu Koyenikan)

“Neuroscience is by far the most exciting branch of science because the brain is the most fascinating object in the universe. Every human brain is different - the brain makes each human unique and defines who he or she is.” (Stanley B. Prusiner) 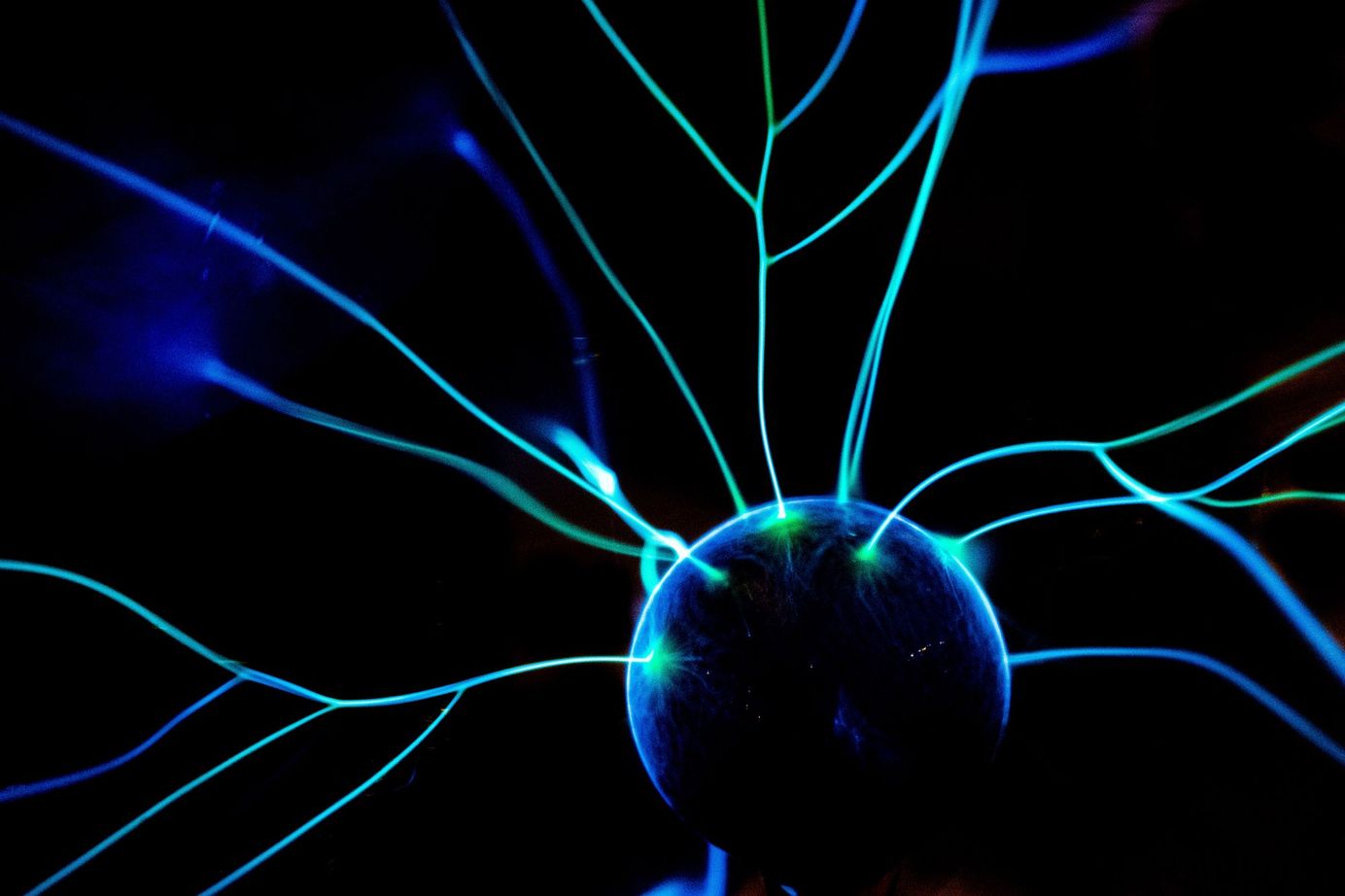 Indeed, by 2050 the population over the age of 65 is predicted to be more than double. Longevity is also accompanied by the increasing rate of chronic diseases, in which AD plays a relevant role. 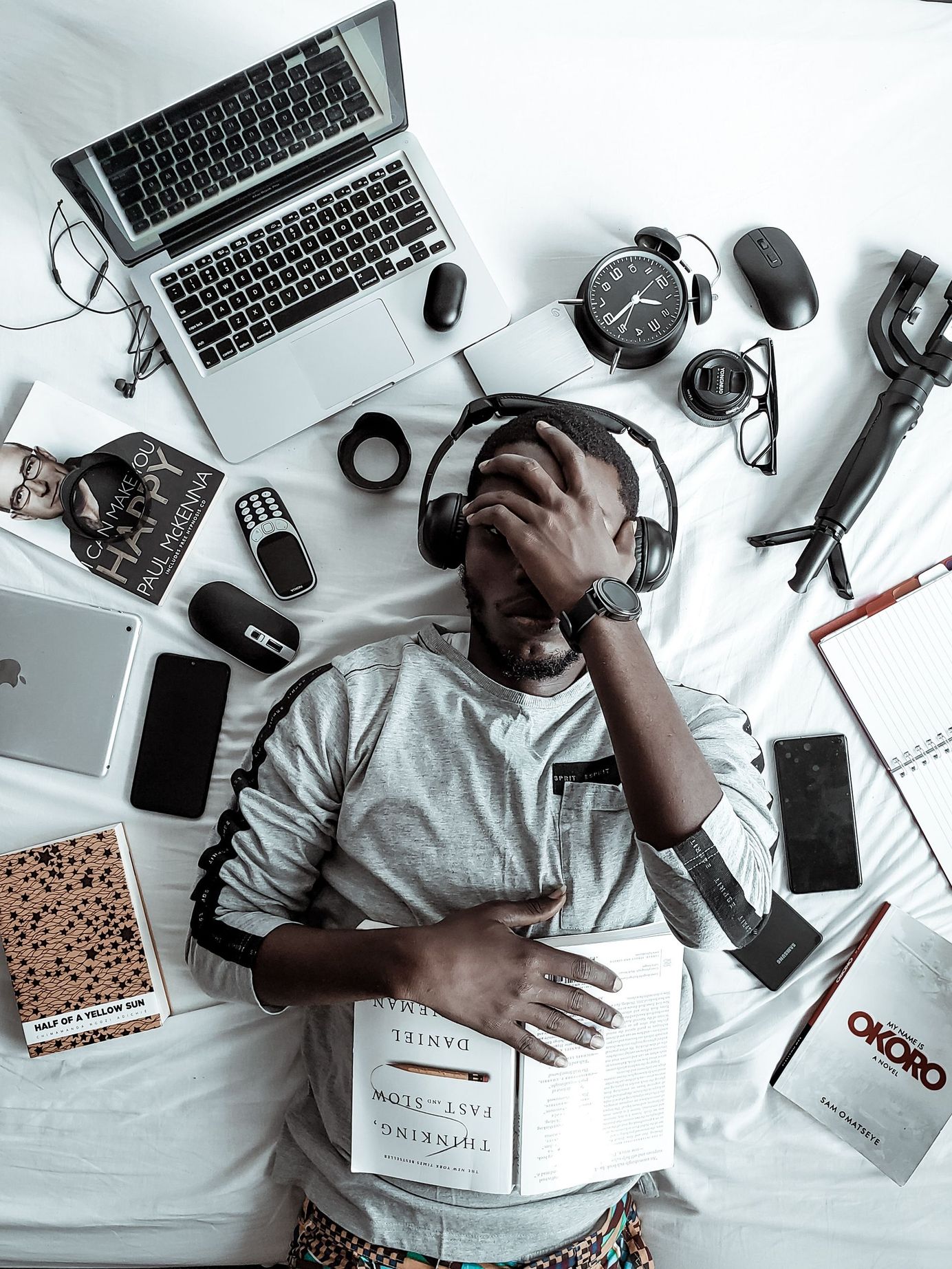 Are Technomorphic Worldviews Taking Over? Immersive Experiences, Our Next Reality? For Whom?
Paid Members Public

A technological focus is fantastic, but the problems that we are facing are more systemic. Zooming out to a higher level to see the systemic connections is very much needed. It’s not about that technology can solve healthcare problems, but how it can be adopted at an affordable level.