Welcome to Part 3 of the “Age-Old Cons Live Again on The Cryptocurrency Frontier.”  If you’re new to the series, you can read Part 1 and Part 2 before diving in here.

Many very old scams thrive in today’s cryptocurrency and NFT markets. For example, one of many tried-and-true grifts now thriving in the crypto world, the pump-and-dump, was once a staple of 1920s Wall Street.

What is a Pump-and-dump?

Here is a pump-and-dump in three easy steps:

1. Quietly buy shares of some asset. Crypto is a favorite these days, until you hold a big position.

2. The Pump: drive up the price by convincing other people to buy in, too. Jordan Belfort, the real-life “Wolf of Wall Street,” used an army of high-pressure salespeople to lure buyers. Likewise, today’s crypto pump-and-dumpers use not only social media to generate viral buzz about the tokens they pump but also create phony trading volume. In a technique with its own awesome name, “Wash Trading,” pump-and-dump insiders buy and sell huge volumes among themselves to trick outsiders into thinking that there is big public interest in a specific coin.

3. The Dump: once the share price has risen to some target level, sell your shares and count your profits!

Legitimate Wall Street traders used to be experts at the pump-and-dump. The one small problem was that regular investors, like those who bought into Radio Corporation of America stock in 1928, got badly burned.

In the 1920s radio technology was new and related businesses were exploding. The Radio Corporation of America (R.C.A.), formed in 1919, was the 1920s Meta. R.C.A. sold much more than radios: they drove an entirely new communication and entertainment experience. Spurred by the vision of a young David Sarnoff, on his way to becoming a tech industry legend, the company expanded into services by launching America’s first broadcast network, the National Broadcasting Company (NBC).

This R.C.A. advertisement from the late 1920s sold a lifestyle. Supporting that image with a platform of devices, networks, and content, R.C.A.’s strategy would be familiar to executives at tech giants like Apple and Meta in the 2020’s. Investors loved it, and their euphoria over the new technology and business model fueled share prices skyward.

Does that sound familiar?

A group of Wall Street pros, later dubbed “The Radio Pool,” colluded to make a killing on R.C.A. stock with a pump-and-dump scheme. Their ringleader, Michael J. Meehan, was a modestly educated English immigrant with a gift for securities trading. In early 1928 the Radio Pool began quietly buying R.C.A. shares; in March they started the pump.

Back then, special telegraph receivers called stock tickers printed out share prices on narrow reels of paper tape. Traders stared at ticker tape like crypto investors gaze at CoinMarketCap charts today. The Radio pool “painted the tape” for R.C.A., their term for creating lots of trading volume at increasing prices. They did it by wash trading among themselves. Average investors, seeing a hot tech stock climbing in price daily on good volume, loaded up on R.C.A.

Meehan’s investment career ended in 1935. The Securities Exchange Act of 1934 made pump-and-dumps illegal on U.S. exchanges, but Meehan couldn’t help himself. He was back at it, pumping and dumping shares in another tech company, Bellanca Aircraft.

The newly created Securities and Exchange Commission (SEC) looked at the scheme and said to him, “We totally see what you’re doing, and it’s illegal now.” Meehan became the SEC’s first-ever prosecution win and he was ejected from his seats on both the New York Stock Exchange and the Chicago Board of Trade.

Cryptocurrencies are largely unregulated: crypto pump-and-dumps are legal. Combine thousands of thinly traded tokens, millions of Marks believing it’s possible to score an instant crypto fortune, 24/7 media coverage, and the persuasive elixir of chat groups like Discord and Telegram and what do you get? A pump-and-dump barrage.

Various reports estimate there are hundreds to thousands of crypto pump-and-dumps every year. Pump-and-dump groups litter the online landscape. Google “discord pump groups” and you’ll get pages of this:

There are “Crypto Pumps” and “Extreme Pump” and “Big Pumps Binance” and “Crypto Signal” and “Mega Pumps Group” and hundreds more.

They all make the same basic pitch, “We’ll tell members which coins to pump and when. Together we can drive up the coin’s price then make money on the dump. But you have to click fast to make money!”

Crypto pump-and-dumps are known scams. They’re about as well trusted as psychics and betting tips. Marks, the group’s members, so want their dream to be true that they join in anyway.

But the Marks know that a pump-and-dump is all about getting over on someone else: are they innocent victims?

I’d draw a cartoon to show a pump-and-dump in action but in this real example is so much better. This one happened on Telegram in April 2022, in a 70,000-member pump-and-dump group.

Here’s the kick-off. Note that there are 35,000 members watching these messages. I love the high-quality English:

After a few more pep-talk posts the big moment draws near:

OK, you all got rich, right?

No, you lost money?

In other words, "Oopsies, Your bad, but we’ll give you lots more chances. Trust us!” My favorite line in the final post is, “…We will make up for your losses during the season.” I didn’t know that there was a crypto pump-and-dump season.

Here’s an expanded view of VIB’s trading action around this pump-and-dump (The grey bars at the bottom of the chart show hourly trading volume.):

Do you see the coin’s value slowly rising four days before the pump? Someone was buying VIB as if they knew the pump was coming. Because they did know, just like the Radio Pool knew in 1928. VIB’s price and volume erupted for the pump’s first 15 minutes. The grifters dumped as soon as they knew that the group’s members, the Marks, were enthusiastically buying. The real insiders, the scammers, got out at the high point. VIB plummeted and the Marks were left asking what they did wrong. Two months later VIB traded at $0.01, another 50% drop after the dump.

In 1928 Michael J. Meehan’s Radio Pool pump-and-dump took about 600 days start to finish. In 2022 anonymous organizers needed just four days to run an almost identical scheme with the VIB token. Seven years after the R.C.A. pump-and-dump new regulation put Meehan out of the investment business. Crypto, where grifters can operate from any country among a galaxy of pseudonyms, will be harder to tame.

Crypto technology underlies a lot of progress in ownership, identity, and transactions. But along the way, crypto is also powerfully disrupting the business of fraud.

Next Time: Its Embezzlement, Unless It’s Legal

If an investment company told you that their bylaws allow the firm’s majority owners to simply take all the customers’ deposits for themselves, would you open an account with them?

The so-called smart contract behind a high-profile DeFi fund allowed just that, as investors learned the hard way in April 2022. We’ll explore that scam in Part 4, the final installment of “Age-Old Cons Live Again on The Cryptocurrency Frontier.” 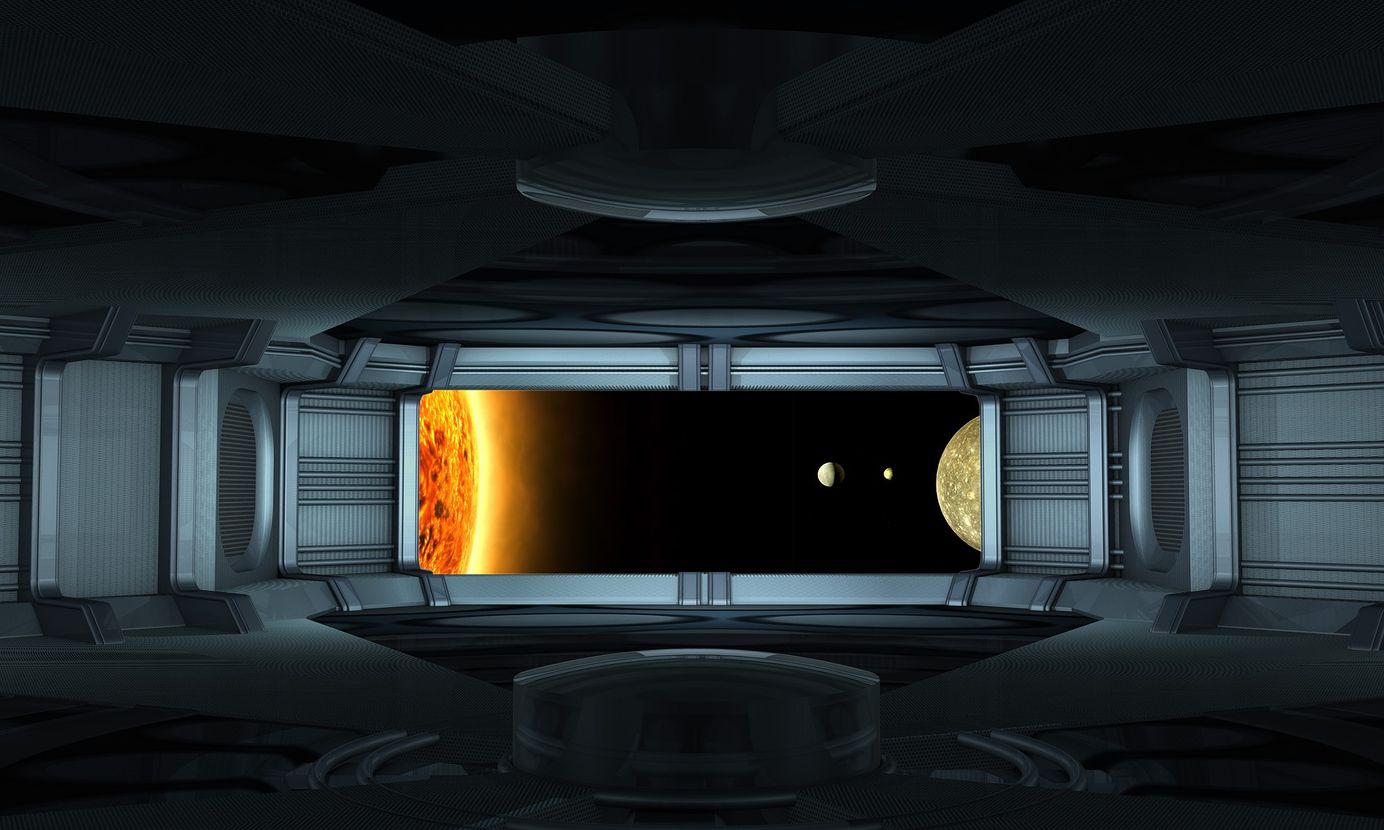 How to Operate in a New Web3 World Paid Members Public

Web3 is a cultural movement, a whole new philosophy. It goes beyond coding and finance. It is a new world that enables creators and users to capture the value you create, and we need to understand what it means and how we should change our operational models.